Ignition
Accelechargers are Acceleron devices that allow a car to use powers that aids it in a realm. They are used by the Accelerons to track victories in the racing realms.

When a certain number of Accelechargers are brought together, they all glow a golden color due to the combining energy wavelengths. It sends a giant wave of energy, which causes the wheel of power to rotate rapidly and erratically. It then creates a gold-colored portal that leads to The Ultimate Race, a reconfigured realm that causes rapid teleportation to all the realms that the combined Accelechargers are from. The driver may choose to use the Accelechargers with the corresponding realm to have an easier time, but the Accelerons will reject drivers that use them.

Accelechargers Featured in the Movies 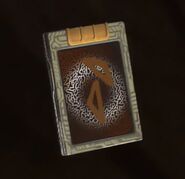 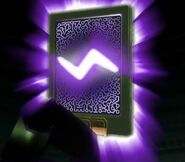