Male (the one in the Sphere)

The Ultimate Race
Accelerons are the aliens responsible for creating the Racing Realms and Highway 35. They were first quoted in World Race: the Greatest Challenge. They created the Accelechargers for the drivers to win.

In Acceleracers: The Ultimate Race, one appeared as a humanoid with blue skin and canine-like legs. After taking off the helmet, he is seen to have silver eyes and blade-like horns. He also has Racing Drone-like indents on his forehead and metal panels surrounding the sides of his face, and no discernible nose.

Gold and stone statues of them are featured in the World Race comic series and display more traditional gray-alien features such as large eyes and nose slits. They wear large robes and hoods over their heads.

They seemingly inhabited Earth centuries ago, creating Highway 35 and the Racing Realms. They left artifacts behind to which Dr. Peter Tezla was able to find and begin to study the Accelerons.

During the racing realms, the Accelerons watched over the subjects who raced in their realms to see if they were worthy for the "Final Test". In the third mini-episode of the Ruins Realm, Gelorum and her drones came across their creator's in the Storm Realm whom spoke in two voices asking them that only living creatures were meant to race and the machine's forgotten what the dimensions were built for. These are the first signs of not one but possibly two Accelerons, a male and a female.

At the end of the Ultimate Race in the Sphere, an Acceleron revealed the true test of the Racing Realms was to refrain from using the Accelechargers and win by your own skill.

The Accelerons possessed extreme understanding of racing, their power is used during a worthy driver proving themselves or are in danger. The first power displayed was telepathy and mental-control abilities. The second and most intriguing ability was creating clothing and another ring. His final ability was creating a portal back to the Acceledrome. 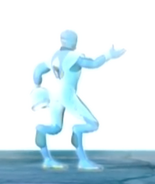 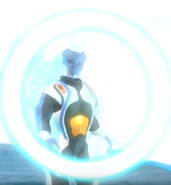 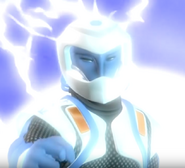 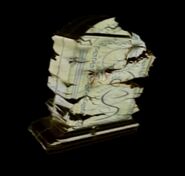