Among the toys shown were prototypes for Acceleracers action figures. The action figures never made it to market, due to the cancellation of series.

Among the Teku figures were Nolo Pasaro, Vert Wheeler and Shirako Takamoto.

Two Silencerz figures were shown, one resembling Banjee Castillo and the other being Major Wheeler. Banjee being a SIlencerz member is believed to be canon, with confirmation by the series creator Jeff Gomez.[2]

The figures were shown off with multiple weapons and accessories, which could be attached to the arms and back of a figure. 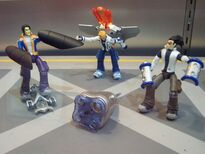 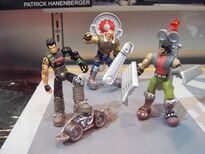 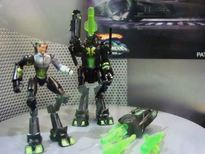 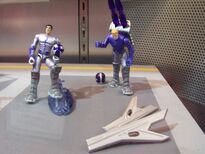 Also assumed to be planned alongside the action figures were a line of large-scale transforming vehicles, which the action figures could attach to.[3] The weapons and accessories could also be attached to the vehicles in various ways. These designs were patented by Dwayne Vance and Fraser Campbell. The only toy to be shown outside of the patents was Titanium.

After the cancellation of Acceleracers, the concepts were migrated to a 2007 McDonalds line, Stunt Strikers.

The concepts and patents for transforming vehicles were eventually adapted into Battle Force 5. 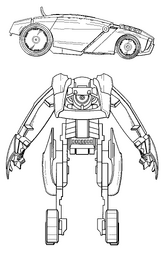 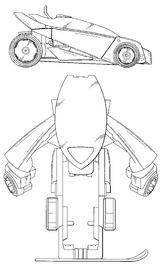 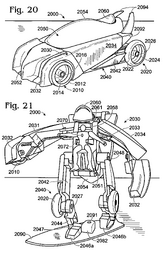 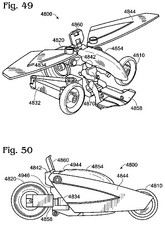 An unnamed bike which could transform into a helicopter. 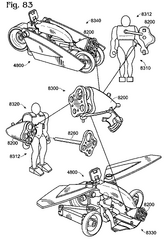 Accessories being attached to both figures and vehicles. 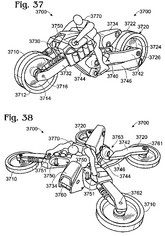 Patents for what eventually would be BF5's Chopper. 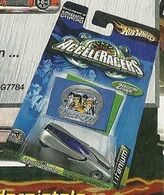 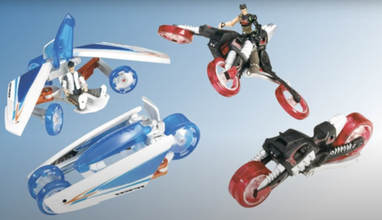 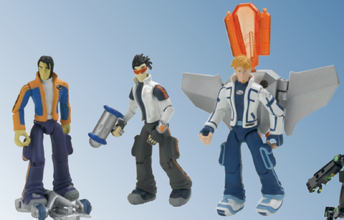 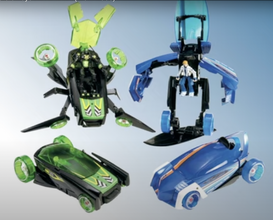 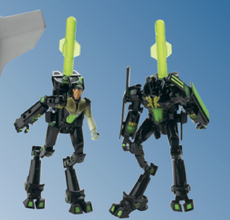 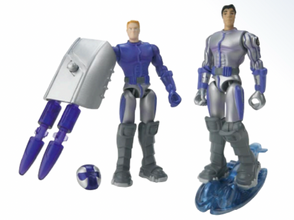