Acceleracers Wiki
Register
Don't have an account?
Sign In
Advertisement
in: Articles in need of citation, Drivers, Characters,
and 10 more

"My people will have to wait, because this cannot."

Brian "Zone" Kadeem was a member of the Acceledrome Crew alongside with Lani Tam and Gig and formerly the leader of the Dune Ratz. Two years after the events Highway 35, Brian decides to assist Dr. Tezla in the Acceledrome, but after the events of Ignition, he is captured by the Racing Drones and is eventually turned into a drone by Gelorum. He was voiced by Cusse Mankuma.

Kadeem is kind and compassionate and is quite fond of Vert since they became good friends during the World Race. He also seems to be very introspective. Kadeem cares so deeply for his home that he is willing to put himself at risk fighting the drones to protect them.

"Brian Kadeem, recruited by Dr. Tezla, is a former World Race driver noted for his heroics and honesty on and off the track."[1]

Kadeem can be first seen in the middle of a desert in Egypt with his car Krazy 8s while looking at the GPS screen showing Dr. Tezla. Kadeem can be seen again in Tezla's complex and he is one of the ten drivers competing in the first leg. In the first leg, Kurt Wylde takes Vert Wheeler to the track's side and scratches Vert's car and when he passes him, Vert spins out of control and collides with Kadeem and his car, Krazy 8s off the track. Vert later collides with Taro Kitano and he, Kurt and Banjee Castillo pass them. Kadeem and Banjee run into a thick cloud of black smoke from a volcano. Kurt comes out of the smoke as Zed-36 and sabotages the leg by detonating a bomb next to the track. The bomb explodes afterwards Banjee and Kadeem pass it. The bomb creates a huge space between the tracks with lava in between. Brain finishes the first leg in 2nd place behind Kurt Wylde. After the leg, Kadeem and other four racers are given team leadership.

Kadeem is one of the twenty-two drivers competing in the second leg. He passes a crash of five drivers caused by Dan Dresden, making him in first along with Taro Kitano. Alec Wood comes up to them and tells them to make the "new guys" take first place, he and Taro refused and caused Alec to spin out.

The portal to the Storm Realm opens up high above the track and drops the drivers a long distance before touching down. Kadeem wonders what holds the track up since no support struts can be seen. Taro tells him to "ask the Accelerons." Kadeem encounters RD-L1 in the realm when the drone uses a combination of the Fog Accelecharger and the Ram Hyperpod to knock him, Wylde and Taro off of the track. Kadeem later catches up to a group of RD-06's. He overtakes one mid-jump and drafts with the next. The drone behind him tries to shoot him with an energy blast, but Kadeem avoids it and the shot hits another drone. The drone charges up another shot, but Taro rams it and the shot hits one of the lightning rods. Kadeem instructs Taro to help him with the other drones, but Taro just passes Kadeem and leaves him to deal with the drones. RD-L1 drives up behind Kadeem and orders on of the RD-S1's to launch their grappling hook into Kadeem's car. RD-L1 then knocks his fellow drone off the track, pulling Kadeem down with him. Kadeem engages his parachute to slow his descent. Vert sees Kadeem falling and launches his grappling hook to try and catch him. The shot misses and Kadeem continues falling. RD-L1 shoots Kadeem's parachute and he falls a long distance. One of the drones likely goes to where Kadeem fell to take him to the Drones' HQ.

Kadeem is only seen a few times in the second movie. The first time is in a shot of Gelorum while the sweeper enters the Metro Realm. His arm can be seen, bound by a cuff. The second time is when Gelorum comments on the destruction of the sweeper. This time Gelorum actually talks to him and brags about capturing all of his friends. She foreshadows his transformation when she says, "Let's hope they still recognize you."

At the beginning of the third movie, Gelorum talks about the drones' purpose and why the Accelerons left them behind. She says only humans could get the Wheel of Power and that they waited for millennia. She explains all of this to Kadeem. Kadeem asks what the Accelerons left for humanity, but Gelorum does not tell him. However, he will soon "know everything". A large machine with a human-shape imprint and multiple moving parts approaches Kadeem. He struggles and begs her to stop.

The next time Kadeem is seen, he is no longer Kadeem. Heavy stomps emerge from the darkness and he is revealed as RD-K1. His legs are the same those of RD-L1 and his right arm has be replaced with a robotic limb. His torso appears to have been cut open at the bottom and green wires now fill the cavity. His internal organs were likely pulled out during his reconstruction. Kadeem's eyes now glow green and strands of his hair glow as well. His forehead sports the six "eyes" or Acceleron markings common to a lot of drones, most notably, RD-L1. Kadeem says that the drones can change everything else about the newly captured Wylde while creepily smiling.

Kadeem takes over for Gelorum when she begins her assault on the Acceledrome. He informs her that the humans have entered the Drones' HQ inside of a sweeper. A few minutes later, Kadeem contacts the drivers over the radio and pretends to be imprisoned. He leads them to where Wylde is being held in order to destroy them with a blast from a mounted turret. Karma tells Monkey to stop the sweeper just short of where the blast impacts.

After avoiding a large force of drones, Kurt enters the tall tower to save Wylde. Here, Kadeem reveals himself to be a drone. Kurt is horrified by Kadeem's new body and tries to run back to his car, but Kadeem demonstrates his new speed and leaps between Kurt and the car. Kadeem engages Kurt in combat and gloats about how he won their fight in the desert. As he begins throwing Kurt around the room, Kurt tries to get him to remember his home and people. Kadeem seems to forget about them and threatens to turn Kurt into a drone as well. Wylde escapes from his bindings and attacks Kadeem and the two fight until Kadeem gets the upper hand and launches Wylde high into the sky. There, Wylde challenges Kadeem to "show what he got", Kadeem happily accepts it saying that he is still human after all and winking, then, they continue their fight on a narrow beam where Kadeem overpowers Wylde and holds him over the edge by his throat. Kurt surprises Kadeem with a punch to his face which leaves Kadeem hanging from the beam's ledge. Kurt offers him a chance to come back with him, but Kadeem rejects his gesture and says, "Kadeem is gone." He then releases from the edge and falls into the darkness. It is unknown what becomes of Kadeem and whether he survived the fall.

Kadeem's car of choice. Krazy 8's is powered by dual straight inline 8 engine, providing 850 HP alongside an AWD drivetrain as well as a paddle shifter. It's also equipped with spiked tires, which is later provided to all cars of the Teku and Metal Maniacs. The car was ultimately totalled in the Storm Realm, where Kadeem was ultimately captured and killed by the Drones. 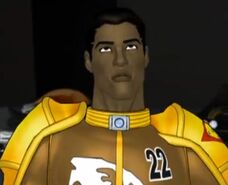 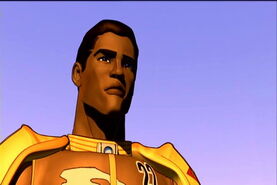 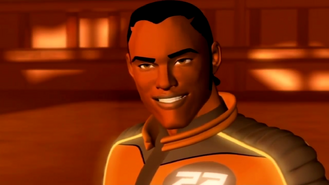 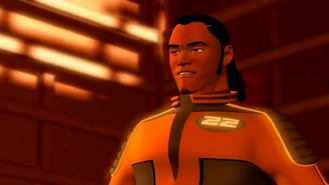 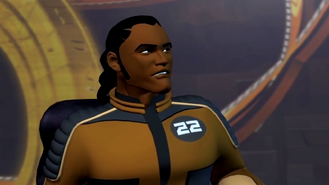 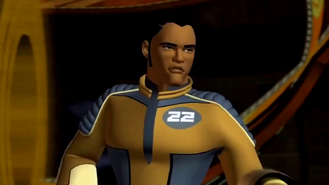 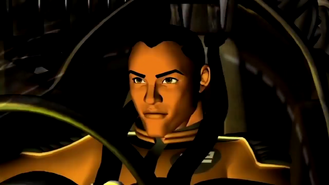 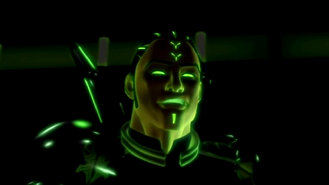 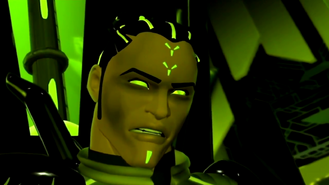 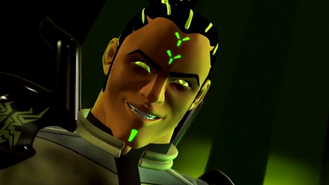 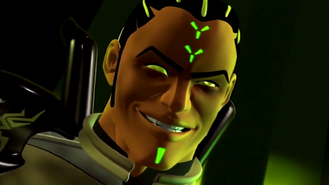 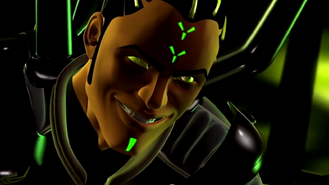 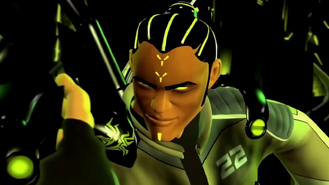 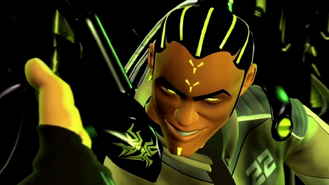 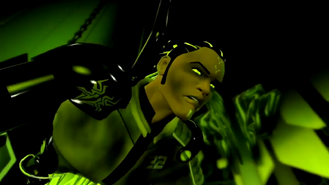 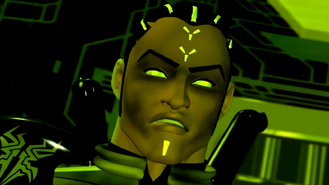