The Cosmic Realm is a stellar realm with the track as rings around a planet. It is a low-gravity environment, so drivers must keep up their speed. Sudden movements will cause drivers to float off from the track. A black hole does lie near the track to "absorb" any driver who might have strayed too far from the track, and asteroids float near, and sometimes on the track. The skill for this realm is driving at high speeds and avoiding sudden movements.

This is where the humans put the plan to save Markie into effect. Both the Teku and the Metal Maniacs finally worked together in this realm. 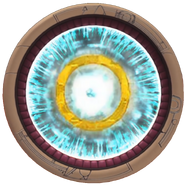 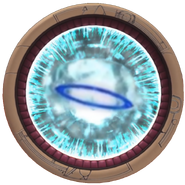