Hitting the Apex of Every Turn.

Kurt Wylde
The Junk Realm is a realm full of scrap cars and parts. It is reddish in color, suggesting that the whole realm is rusting and worn. Wrecking Balls, crushers and electromagnetic cranes picking up racers are present. There is a robotic creature made out of scrap parts that blows flame as well. This is the realm where Mark Wylde was lost, due to him not following the apex and being struck off the track.

This realm is notable for featuring Vert Wheeler and Mark Wylde, both of whom hadn't raced since the Water Realm. 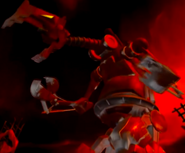 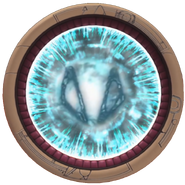