Driving at all angles and directions.

Major Wheeler
The Neon-Pipeline Realm takes drivers through huge pipes, and sometimes even on them. On the inside, neon lights illuminate the track, and parts pop out of the bottom. Some parts of the pipe are missing, or have holes in them, while others shrink in size. There are also doors that close at a steady rate, and other tracks branching off of the main one. Drafting and driving at all degrees are skills the drivers must master, in order to win this realm.

Nightlife in the Realm. 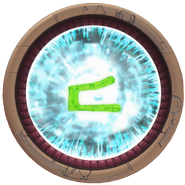 The Neon Pipeline Realm symbol on the Wheel of Power 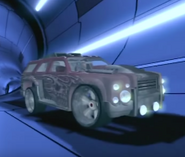 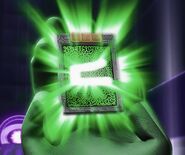